Their Story. Set up in loving memory of Jane Burn, Three Bears Foundation aims to raise awareness of one of the most under-diagnosed and least understood of cancers – pancreatic cancer. With an underlying motto of “More than the extra mile”, the foundation’s name is based upon Jane’s nickname for her son Chris “Chrissy Bear” and how the family became affectionately known as “The Three Bears.” With the aim of generating greater public awareness, faster and more accurate medical diagnosis, and eventually the prevention, effective treatment and cure of this disease, the Three Bears Foundation works hard to build a community of people who live life to the full and who aspire to contribute and support this cause in whatever way they can.

Website Brief. The Three Bears Foundation needed a first website that would help raise public awareness concerning pancreatic cancer, point to support and resources, generate funds which could fuel better diagnosis and treatments, and build community and connection with opportunities for person development. 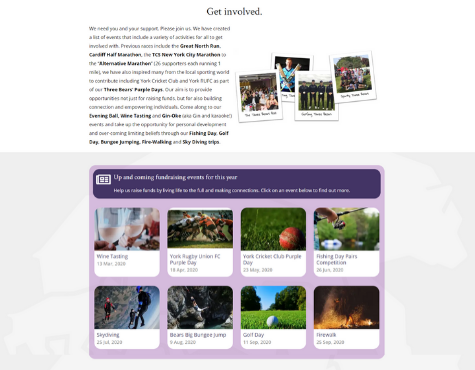 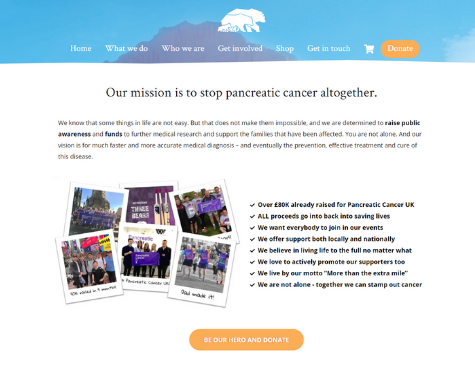 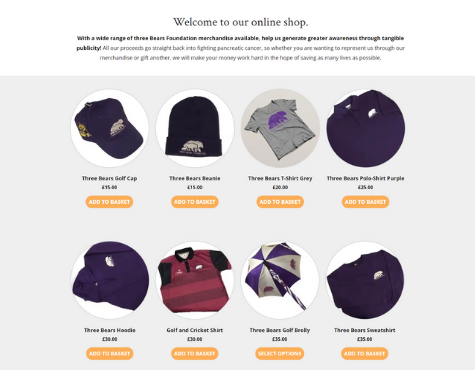 Our Work. We built a brand new website from the ground up with a custom design using the latest Pro tech. With a portfolio to show off fundraising events and order tickets, the new website also enables visitors to download flyers and sponsorship forms and make online donations securely with credit card, Gift Aid and the option to automate their giving.

Any cookies that may not be particularly necessary for the website to function and is used specifically to collect user personal data via analytics, ads, other embedded contents are termed as non-necessary cookies. It is mandatory to procure user consent prior to running these cookies on your website.