Is crypto currency a fad? 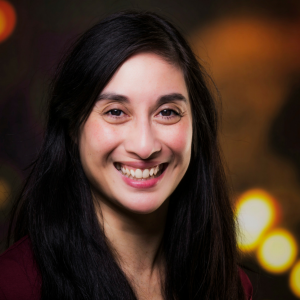 About Mits. I am a digital marketer and platform creator who loves to help personal development coaches, trainers, course creators, speakers, and consultants, build a stage where they can be extraordinary. The sad truth is that when wrapped in the ordinary, the extraordinary doesn’t always shine… This is where I can help. Whether it’s a virtual event or your web presence online, there are ways of using technology and executing strategy, to create a perfect platform where you can stand out from the crowd.

Is crypto currency a fad?

Something that has piqued my curiosity since 2019 is crypto. I love innovation and technology, and I am fascinated by alternate approaches to systems and structures that I don’t believe are serving us well. In my early investigations, a concept that I believe is truly worth delving into is that of the “blockchain”. Although crypto is often associated with “get rich quick” individuals who gamble and take high risks… behind it lies an idea which I believe is worth taking note of…

But before I begin I better offer a disclaimer, because after all, I’m not a crypto guru.

I do have a simple mind though which can be helpful in a world that is big and complex. All the info below is purely my own take on things! Do your own research and do consult with experts… but if you are after a little overview that might help you to map out the land… do read on…

What's Blockchain & Why the Fuss?

“Blockchain” is a way of doing things, that came about as a new method for keeping things safe and secure. But instead of relying on a single point of contact (e.g. a person or single organisation) to keep a master record of all important information, it explored the idea of distributing out the information. It’s key concept was that anybody could access the full record, at any time, because anybody could have their own copy of it.

Of course, keeping multiple records up to date, everywhere, and in time with each other is a pretty mean feat – and this is where clever math comes in as well as cryptography so that information cannot get tampered. All the records are connected in a network… and information is updated and checked using cryptography to ensure things are true.

Keeping information safe and transparent is an amazing ideal… useful in all aspects of life, but of course, one area that often peaks a lot of interest is where money and finance get involved. And hence, the world of cryptocurrency was launched. It might sound surreal, like something out of a fantasy novel… but I don’t think it’s such a strange idea if you are versed in online banking or in using a credit card to swipe and shop instore. Digital numbers coming and going… just that they represent something that is valued that people are happy to trade in. And it turns out people are happy to trade with all sorts of things… even things that are digital in nature.

The Birth of Bitcoin & Cryptocurrency

Many investors consider bitcoin to be the original cryptocurrency. It was founded in 2009 by a programmer (or a group of programmers) under the pseudonym Satoshi Nakamoto, and of course to begin with it was considered worthless. But the interesting thing about Bitcoin, is that it was created to be a digital currency which could be traded and a decade later, a significant number of people have jumped in raising its value in a most crazy manner. These days there are numerous digital currencies abounding, but because things are so new, there’s a lot of volatility as people jump in thinking this could be a great way to get rich quick because some people have, only to then panic when things change and things look worthless, only to kick themselves when things bounce back… although nobody ever really knows how things will pan out.

But apart from those who are in it to make money, there are others who truly believe in the technologies and ideas behind thing, and a whole world of applications has been created from creating smart contacts where agreements are transparent and less corruptible, to protecting music and art, to buying virtual land and assets in the gaming world. And what about your website content – ever had somebody pinch your blog post or claim you pinched theirs – well, there’s a way the crypto world could help.

This is where investing in crypto gets interesting. But is also a minefield.

In the hype, a multitude of things have been created – some will probably be extremely important in how we do life in the future and protect assets, others… not so… and the trouble is, it’s anybody’s game to know which is which. Unless of course you study this industry and go deep into what’s happening, so you have a chance of separating out the treasure from the dirt.

Should you invest in crypto?

An educator in this, that has come across my path over the past year is Dan Hollings. Better known as an Internet Super-strategist and Amazon Expert, Dan is an elite Crypto Trader. When you’ve had the privilege of getting mentored by a run of multi-millionaires, you find the circles they run in aren’t so big… and likeminded individuals seem to attract likeminded individuals. I would say that the people I have met on my entrepreneurial journey have been for the most part, honest and kind-hearted, generous and valuing integrity.

What I have really appreciated about Dan is his slow, gentle, methodical, and meticulous manner – packaged in his course “The Plan” that has enabled a lot of people to invest mindfully. Although it can be presented as a way of making money – it’s not a get rich quick strategy. In fact, it’s a slow and steady approach to investing. It’s most unlikely to make you a crypto millionaire overnight. But it does give everyday people the chance to step into this world by minimizing the risk as much as possible – though sadly risk can never be totally removed.

If you don’t have finances to invest – you mustn’t overstretch and put you or your loved ones in jeopardy. It’s a simple and clear as that.

If you have £5K set aside and are wondering about the world of crypto and whether it’s a place worth investing into… I’d recommend you check out a report Dan has written playfully called “How to ‘Wiggle’ Your Way to Passive Profit with Crypto …Minute by Minute”. In it Dan shares an entirely new way to get involved with (and start profiting from) cryptocurrency. You’ll need to sign up with your email to access it but is a fast way to get a sense of Dan’s approach.

Alternatively, if you’d prefer to watch a video and get to meet Dan, here’s a video “How To Exploit “Micro-Fluctuations” In Crypto To Make 100’s Of Tiny, Profitable Trades Every Single Day – On Complete Autopilot!” where he’ll talk about how to positively invest in cryptocurrency in a way that can work even when the market is down. This is because it’s not about trying to guess what are known as “moon-shots” or gamble. In fact, it’s a very counterintuitive to the way most people approach crypto, which is why it works so well. Instead of “buying and holding” or “buying low and selling high”, he promotes an alternative approach that has been working for many people – me included! And yeah… I’ve not invested a lot and certainly don’t have money to waste… but I do value innovation and the hope that we can create systems that work with greater transparency and fairness.

Of course, nobody can predict what the future brings… But crypto has been around for over a decade now… If you are curious, or have friends who might be, feel free to forward this on… At least it can form part of your on-going research. I believe in education. And I have a deep suspicion too – and that whatever happens – the future is going to be something none of us could have possibly have imagined or thought… so here’s to the adventure ahead. May it be a good one. 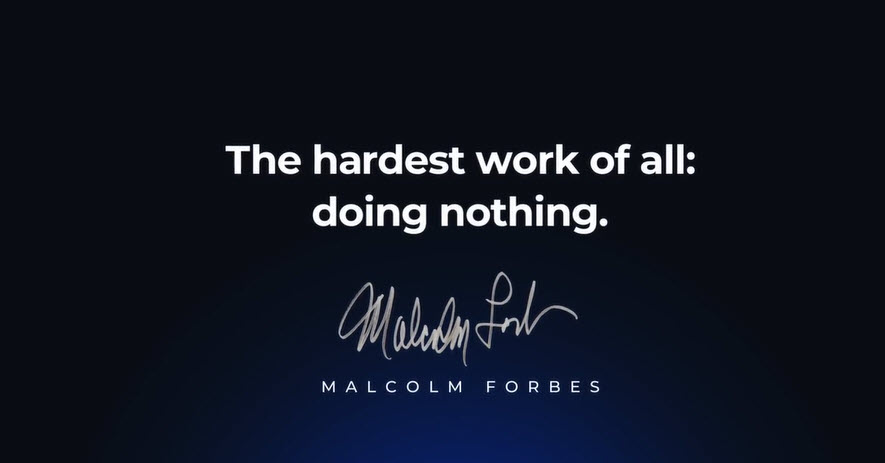 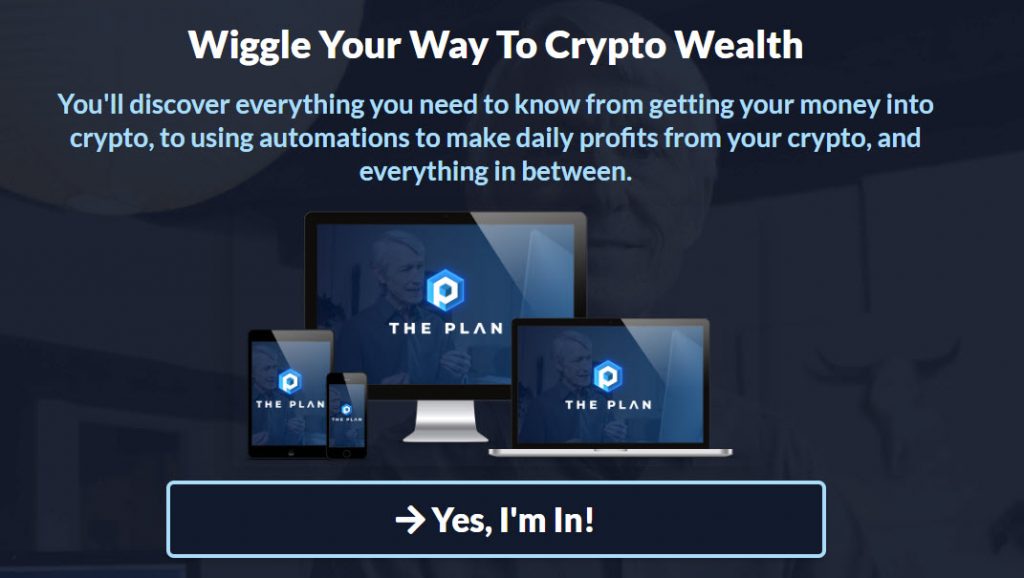 My results from “The Plan” –  My longest running bot at the time of writing this post has been for 1 month 3 days. You can see I have 3 bots running with the latest added 12 days ago. I put in roughly £2250 for each bot. On the left you can see the profit my bots have made… over £1K. Of course running this requires investing in platforms and fees and there is always RISK. So you must be aware that there’s always a chance you could lose ALL your initial investment!

Disclaimer: I have enjoyed and valued Dan’s course “The Plan” so much that I am officially an affiliate. Sadly, though I don’t have the power to offer you his course for a discounted rate, but should you invest in it through me, I will earn an affiliate commission.

We are Official Affiliates for...

This website uses cookies to improve your experience while you navigate through the website. Out of these cookies, the cookies that are categorized as necessary are stored on your browser as they are essential for the working of basic functionalities of the website. We also use third-party cookies that help us analyze and understand how you use this website. These cookies will be stored in your browser only with your consent. You also have the option to opt-out of these cookies. But opting out of some of these cookies may have an effect on your browsing experience.
Necessary Always Enabled
Necessary cookies are absolutely essential for the website to function properly. This category only includes cookies that ensures basic functionalities and security features of the website. These cookies do not store any personal information.
Non-necessary
Any cookies that may not be particularly necessary for the website to function and is used specifically to collect user personal data via analytics, ads, other embedded contents are termed as non-necessary cookies. It is mandatory to procure user consent prior to running these cookies on your website.
SAVE & ACCEPT